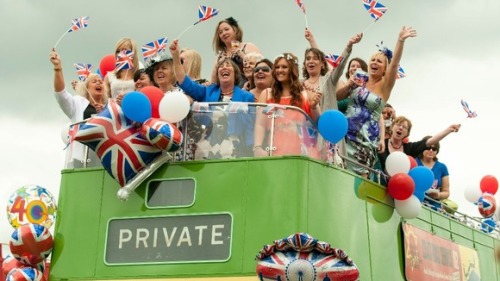 The controversial running of the Oaks, 30 years ago.

Something you might not know about one of the stars of the Flat season so far – @PoppBridgwater is kept on her toes at home by pet pygmy goat Libby 🐐 @MCYeeehaaa pic.twitter.com/cNzLyr808u

Kahyasi wins the 1988 Epsom Derby for Luca Cumani and Ray Cochrane from Glacial Storm and Doyoun.

Queen's Stand looking glorious ahead of Her Majesty the Queen's visit today for The Investec Derby 🇬🇧#thisistheone pic.twitter.com/gUfM5IneYk

Hot off the press! Clerk of the course @ACooperClerk gives the very latest going update ahead of @investec Ladies Day! #ThisIsTheOne pic.twitter.com/NCJWGznRPu

Reams Of Verse wins 20 years ago.

Clerk of the course Andrew Cooper gives you the latest news on on the going. https://t.co/MhUEde7Rrm

As it’s a very special day of racing here’s my look at the Derby. You can find this article and Emma Spencer’s fancies on the following link. I really hope you enjoy your Derby Day!

Spotlight on the Epsom Derby

The Epsom Derby is a Group One race for three-year-old thoroughbred colts and fillies run over one mile and four furlongs. It is the most esteemed Classic horserace in Great Britain and the race is steeped in a rich history.

The leading Derby jockey of all time is Lester Piggott who won it an amazing nine times, whilst three trainers have all won the race seven times (Robert Robson, John Porter, Fred Darling). Aiden O’Brien has trained the winner an impressive five times in all with three of those wins all coming in the last three years.

Here we look at the trends and statistics over the last ten years to help you indentify the 2015 winner.

Nine out of ten winners had raced two to five times in their career.

Ten out of ten winners had won one or two times that season.

Ten out of ten winners had had finished in the first three in all starts that season. In this years race that would rule out the three outsiders – Moheet, Rogue Runner and Carbon Dating.

Ten out of ten winners ran in the last 35 days. That statistic would rule out the French runner Epicuris.

As you can see the breeding statistic falls firmly 50/50 between the British and the Irish bred horses. Raiders bred elsewhere rarely get a look in.

Progeny of Montjeu (4-2-22) account for four of the last ten winners.

Progeny of Galileo (3-4-25) account for three of the last ten winners.

Galileo is represented by Giovanni Canaletto, while Montjeu has Hans Holbein in the race.

Looking back at the last ten-year trends of the race we find that we need to be looking at a runner with an official rating of 108 or more, so that’s a negative for the well gambled on Giovanni Canaletto who is only rated 99, following defeat last time out.

Success Days is the interesting contender as he has one of the highest official ratings in the field (1lb below Golden Horn and on a level with Elm Park) but has mainly been ignored in the betting.

Golden Horn looked top class when winning at York and could possibly become the fifth Derby winner in twelve years to emerge from the Dante Stakes.

Ten out of ten of the last ten winners came from the first four in the betting and were priced 7/1 or below.

That trend focuses your attention upon the favourite Golden Horn, the Andrew Balding-trained Elm Park, Irish raider Zawraq and the recent Godolphin purchase, Jack Hobbs as the prime candidates to win the race.

Favourites have won the race four out of the last ten years.

Aidan O’Brien (3-7-45) has won the last three renewals of the Investec Derby which makes the Ballydoyle runners the obvious place to start when making a selection.

John Gosden (0-1-7) last won the Derby with Benny The Dip in 1997 but only Romsdal (last year) has made the places out of his last seven runners. Could he break the trends this year?

Based on the last ten runnings of the race you are looking for a runner that at least ticks some of these boxes.

A horse out of Monjeu or Galileo.

A horse trading in the first four in the betting priced 7/1 or less.

A horse that finished first or second on its proceeding start.

A horse trained by Aidan O’Brien.

With much of the focus heaped upon the Gosden pair of Golden Horn and Jack Hobbs on Saturday, it may pay to side with an each-way punt on one of the lesser touted runners.

Success Days, trained by Ken Condon in Ireland was an impressive winner of both the Ballysax and Derrinstown Stud trials over there and is clearly a colt of great potential. Many believe that any drying ground will scupper his chances at Epsom but it would be folly to leave him out of your calculations knowing how unpredictable the weather forecasts can be. Remember this is a horse who has clocked up three successive wins already this season and is officially rated 117.

Mull It Over
Create a free website or blog at WordPress.com.