So who is going to win the Betfair Chase then? https://t.co/m1kbuIqfgO #Haydock #BetfairChase 🏇

Should your money be with Might Bite, Native River, or someone else?@mulldog is here with his tips 👇👇👇#MightBite #BetfairChase #HorseRacing https://t.co/AN8P7VyhCU 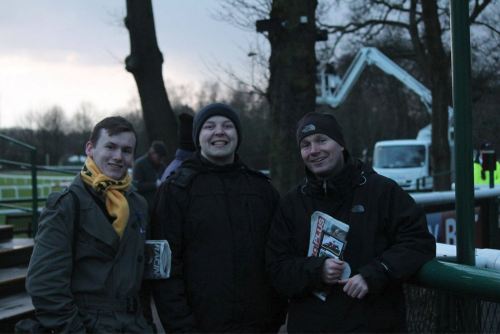 The going at Haydock remains heavy, soft in places on the hurdles course and heavy on the chase course for racing on Saturday pic.twitter.com/jeBPEcwi7L

Now in its twelfth year, the three-mile Betfair Chase is the first Grade One Chase of the season and the starting point for some of the top staying chasers in training.

The race now has the added incentive of being the first leg of the Jockey Club’s ‘Chase Triple Crown’ £1-million bonus.

The Betfair Chase has produced some superb finishes over the years. Few will forget the thrilling climax to the 2009 race, when a nose separated Kauto Star and Imperial Commander. Some people still cannot believe that latter did not get the verdict to this day. Infused in many memories is the reception given to Kauto Star when he recorded a fourth Betfair Chase victory in 2011 with scenes of Paul Nicholls pumping the air in the paddock.

Here are some trends and statistics based on the last ten renewals of the race followed by a runner-by-runner summary and conclusion.

As you can see there has been a fair spread of wins across the age groups so it is very difficult to rule something out for being too young/too old.

It appears being a French bred gives you a distinct advantage in recent years. Silvianaco Conti and Vezelay are the only two horses that fit those criteria this year with the latter horse probably out of his depth.

Philip Hobbs (0-1-2) is again represented by Menorah who finished second in 2014.

Nine of the last ten winners have been priced 9/1 or under. Only the slightly fortuitous Snoopy Loopy has bucked that trend.

Seven winners finished in the first three on their preceding start.

Six winners had contested the race before.

Eight winners had won a Grade One Chase.

Seven winners had had a prep run.

A guide to the runners

Winner of the 2015 Cheltenham Gold Cup, Coneygree is unbeaten in five starts over fences and will be making his first appearance since winning an intermediate chase at Sandown Park just over a year ago. Aidan Coleman partners Coneygree for the first time as his regular rider Nico de Boinville is on the sidelines due to injury.

Colin Tizzard’s ten-year-old has won the three-mile contest for two of the past three seasons, scoring by four and a half lengths from Dynaste in 2013 and beating Silviniaco Conti by seven lengths twelve months ago.

Cue Card finished third on his seasonal reappearance behind Irish Cavalier (9/1) and Menorah (20/1) in the Grade Two Charlie Hall Chase at Wetherby on October 29th.

Silviniaco Conti was successful in the Betfair Chase in 2012 and 2014 and comes into Saturday’s race on the back of his good run and second placing in the Grade One JNwine.com Champion Chase at Down Royal on November 5th. It is unclear at this stage whether connections will go down the Gold Cup or Grand National route this year. Saturday’s performance will certainly help make their minds up.

Irish Cavalier heads to Merseyside on the back of a career-best performance, having taking the scalps of Cue Card and Menorah in the Charlie Hall Chase at Wetherby.

His trainer Rebecca Curtis is concerned however about the amount of rain forecast for the area for the weekend but has not ruled out the grey geldings’ participation entirely. She recognises he can handle some softer ground but would prefer drier conditions underfoot.

Seeyouatmidnight is certainly on the upgrade after registering an easy twelve-length success over Grade One winner Bristol De Mai in the Colin Parker Memorial Intermediate Chase at Carlisle on October 30th. His in-form jockey Brian Hughes likened him to a “jet” that day.

The eight-year-old took three novice chases on the trot last season, including a bold front-running victory over the subsequent RSA Chase winner Blaklion in a Group Two race at Cheltenham on New Year’s Day.

Seeyouatmidnight has good form on testing ground at Haydock Park, having taken the Rendlesham Hurdle as a novice on the course in 2014.

A grand old servant to the Philip Hobbs yard who ran a brave race to split Irish Cavalier and Cue Card at Wetherby, going down only narrowly to a rival several years his junior. He was second in this two years ago and his career also includes Grade One wins at both Cheltenham and Aintree.

Whispers were abound this week that his participation will be down to the going and there might be a whole load of jockey shuffling going on come Saturday morning. If he lines up he could run a big race at a big price.

Vezelay is set to add a spot of Gallic flair to the Betfair Chase with trainer Emmanuel Clayeux travelling over from France with his seven-year-old gelding. Haydock has not seen anything quite like it since the days of François Doumen and his raiding parties from across the Channel.

Vezelay is a winner at both Grade Two and Three level over fences and a standing dish around Auteuil. He was third behind Grade One winner Milord Thomas in the Prix la Haye Jousselin last November but could only finish seventh in the Grand Steeple-Chase de Paris back in May.

With question marks over some of the principles in the betting it may pay to side with a new, up and coming, star in this feature race.

It is hard to know just how much ability Coneygree maintains. He could easily blow them away here or on the flipside, sink like a lead balloon. It really is that black or white for him.

Cue Card has always been in tip top condition for this race and everyone assumes he will come on leaps and bounds for his Wetherby run, but it must get harder and harder to reach that pinnacle each year for his trainer as the horse gets older and wiser. Does he still enjoy the regime- you have to wonder?

For Silviniaco Conti to come back and win a third Betfair Chase would require yet another herculean effort from both the horse and trainer. It wouldn’t quite be up there with Kauto Star’s last Betfair win, but it would be pretty damn close.

These queries and quandaries could quite easily leave the door ajar for Sandy Thomson’s northern raider, Seeyouatmidnight. The horse has shown he is very adept at both the track and in the conditions and is certainly worth an interest in this grade given his own upwardly mobile form figures.

Spotlight on the Betfair Chase

Saturday the 22nd November will see the tenth running of the Betfair Chase (registered as the Lancashire Chase) at Haydock Park so let’s take a look at some of the big race trends and the trainers and jockeys to follow on the day.

The race itself is a Grade 1 Chase run over 3 miles and has been won by Kauto Star four times and also by another Gold Cup winner, Imperial Commander.  Silviniaco Conti & Cue Card have won the last two renewals and are both entered again this year.

Paul Nicholls (5-1-10) saddled Kauto Star to win it four times and also trained Silviniaco Conti to win it in 2012 and finish third in 2013.

Nigel Twiston-Davies (1-1-6) saddled Imperial Commander to finish first and second in the race.

Horses aged six have gained two wins and a second from just three attempts and all three were French bred.

Eight of the last nine winners were priced 9/1 or shorter and the favourite has won the race four times in all.

Three of the last nine winners ran in the Charlie Hall Chase at Wetherby last time.

This race demands a high level of pre-race form to be a contender and in all probability the winner is likely to come from the first three in the betting. Cue Card, Dynaste and Silviniaco Conti currently head the market and will all have their supporters for obvious reasons. Menorah the recent Charlie Hall Chase winner from the all conquering Hobbs/Johnson/Whateley team is an interesting prospect should he line up and could be an interesting outsider.

It’s free sausages rolls at Haydock Park tomorrow for the Betfair Chase. I can hardly contain my excitement so I’m going this morning and staying over in a tent at the gates so I can be first in the queue. Yum yum!

If you wish to take another look at Saturday’s Betfair Chase at Haydock the link to the video is above. I’ve been doing just that this morning and on my second look I’ve realised Cue Card’s jumping was a lot better than I initially thought whilst watching live. That’s probably because I was watching others rather more closely.

I’m deliberately swerving Kempton today in favour of Ludlow purely because of the short priced favourites running there and the fact that I can’t see many of them getting turned over. 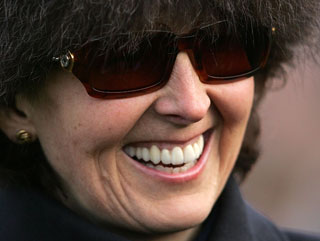 Ven! No diagram needed in November.

It’s the long awaited “Mini Gold Cup” at Haydock this afternoon and you can read my little spin through of the eight runners by clicking on the picture of Dynaste above.

Zamdy Man (A Coleman, 15/8 fav) & Spirit Of Shankly (N Fehily, 7/2) were Friday Haydock winners and with a spot of luck I’d like to add to that tally Saturday.

Lot’s of excitement surrounding Haydock races today and rightly so. Here’s just a taster from Twitter:

What a great days racing at Haydock tomorrow and what a @BetfairSports chase. Brilliant stuff for this time of season.—
Lisa Williamson (@LWStables) November 22, 2013

Some spectacular racing tomorrow with possibly the best jumps race this century outside of the Cheltenham Festival at Haydock.—
Ladbrokes Racing (@LadsNags) November 22, 2013

To find out which of these runners are my strongest don’t forget to ready my regular Friday evening column called “Something For The Weekend” on JPFestival under the Community Membership tab. 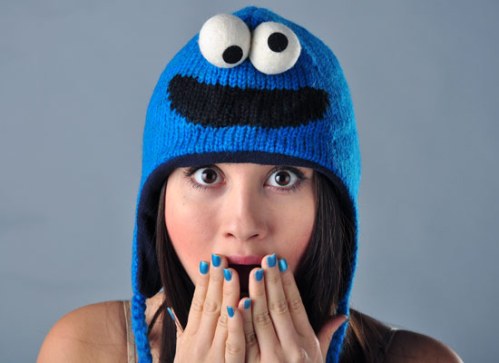 Click the banner above for my spin through the runners in the “Mini Gold Cup” at Haydock tomorrow.

It’s the eve of the November “Big One” and Haydock race today with Good to Soft ground. They’re not overly blessed with runners but that seems to be a common theme everywhere at the moment. You can see people getting more and more agitated on social media as this trend continues, especially when there is plenty of prize money on offer. What exactly is happening?  Where are you? Not everyone can win at Cheltenham surely?

7 jumps races over next two days worth £300k between them with just 32 total decs. 😳

Big race runners? We will see you again?

The stark realisation that I may not have the capabilities to attend this fixture for the first time since it started in 2005 finally hit me this morning when my friend who is my usual channel for a ticket was himself let down.

So why don’t you just by a ticket you may ask? Well, those of you who know me will know that for the past four years my home circumstances have changed. If I’ve been able to get to the races it’s usually been a freebie ticket or I’ve had to scrimp and save for a considerable length of time. I only tend to go to local (ish) meetings now for a bit of respite and “me time” but I can’t really do the whole ticket & transport package these days. By hook or by crook I will be determined to get myself there come Saturday. 😀

Just one winner at Plumpton yesterday for the blog- Invicta Lake (Mr H A A Bannister, 11/4 joint-fav).

They want you as a new recruit! 😉

Mull It Over
Create a free website or blog at WordPress.com.